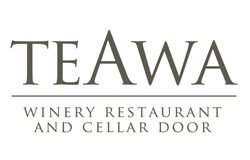 Setting
The enormous boulders stacked up either side of the front gate give you some idea of the enormous effort needed to rip up the ground and plant the vineyard in 1992. The winery, cellar door and restaurant has a glamourous rusticity to it, with enormous timber tables dotted around the estate under mature trees, plenty of room for kids to run around and a stylish, sheltered restaurant space inside.

Things to know
The full Maori name given to the site is Te Awa o Te Atua, which means “River of God” – a reference to the subterranean streams over which the vineyards are situated. Today the property grows chardonnay, sauvignon blanc, semillon, merlot, cabernet sauvignon, malbec, syrah and pinot gris.

Our picks
The Te Awa cabernet merlot, syrah and chardonnay are consistently good, but for a lighter option try the wines from the Leftfield range.

Te Awa Restaurant
Executive chef Stephen Tindall is well known in Hawke’s Bay for his past successes at the Bayswater Bistro and Craggy Range’s TerrÔir. After five years working in Melbourne, Australia’s food capital, he’s returned to the Bay to share his culinary genius at Te Awa. Seafood is his specialty, and his menu showcases a wide selection of styles from small plates (try the lamb cigars) right through to hearty, rib-sticking mains.

Hours as for cellar door

Wine from this Winery