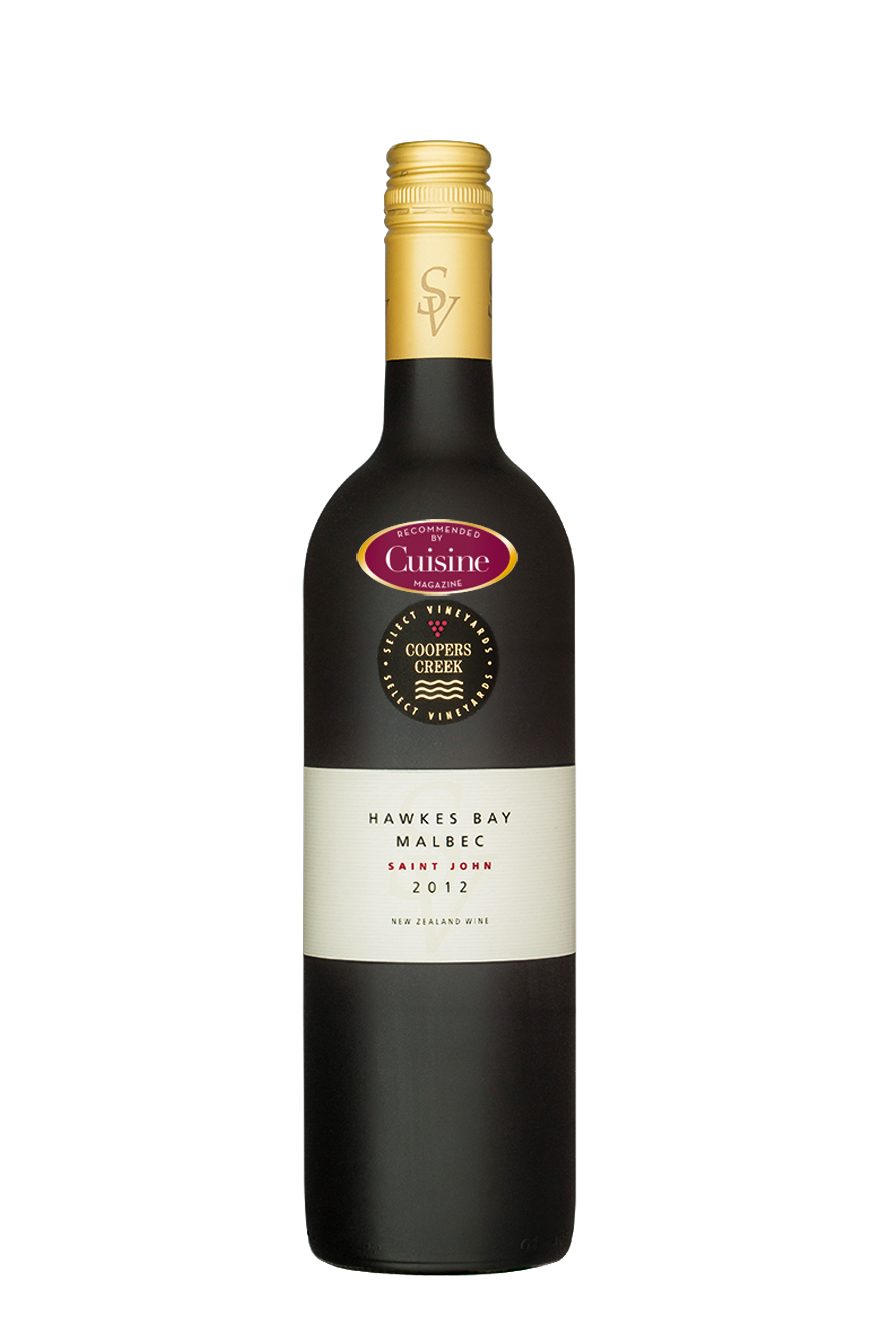 Generosity – a saintly quality if ever there was one – is a hallmark of this smooth, rich wine. Attractively warm and lush in texture, it has a juicy core of dark ripe fruit. It finishes with that savoury twist that is very malbec. It would be the perfect accompaniment for a simple steak and salad.

Malbec magic
“Do you realise you’ve called me to discuss this wine on Malbec World Day?” asked CoopersCreek winemaker Simon Nunns, when I rang to tell him of his success in our NZ specialty reds tasting. I confessed I had no idea… that’s serendipity for you. A long-time devotee of alternative grape varieties, Nunns

has worked his magic with a number of lesser-known grapes and is a big fan of malbec. More specifically, he’s a big fan of the malbecs he’s been making with fruit from the Saint John vineyard, a block so named because CoopersCreek bought it from a man named St John Yorke. “The vineyard is on the Bridge Pa Triangle and it’s good malbec country,” Nunns says. “In tough years (which 2012 was), malbec will still perform well. I’m a believer in New Zealand malbec and I also love the Argentinian examples. In fact, I think I’ll buy a bottle on the way home tonight.”