When it comes to NZ Bordeaux blends, there’s one region to rule them all, writes RALPH KYTE-POWELL.

THE “BORDEAUX VARIETIES” of red wine grapes were present in New Zealand in the earliest days of 19th-century wine production, but the bad days of cheap plonk that made up the bulk of New Zealand wine during the 1900s saw them sidelined. It wasn’t until the modern era of New Zealand wine arrived in the 1970s and 80s that they re-emerged as staples. The opinion leaders in the rather anglophile Kiwi wine community of those days bowed before the altar of French wines from the Atlantic coast region of Bordeaux, as did the Brits, Yanks and Aussies. So it wasn’t surprising that the emerging vignerons of New Zealand favoured plantings of what are known as “the Bordeaux varieties” for their red wines.

Cabernet sauvignon, merlot, malbec, and a couple of lesser lights make up the Bordeaux red team, and at their best the NZ BORDEAUX BLENDS wines are sublime (and often expensive). Inspired, the Kiwis enthusiastically planted Bordeaux varieties, especially cabernet sauvignon, in their new plots, often with precious little thought about whether their vineyard climates, soils and aspects suited them at all. The resultant wines were often unripe, thin, grassy and acidic. The result was a rather tortuous learning period, and many regions that unwisely invested in cabernet have since embraced other red grapes, especially the current Kiwi favourite, pinot noir. New Zealanders are nothing if not adaptable, and armed with research, experience and know-how, winemakers gradually discovered where in the country the Bordeaux varieties worked best. Merlot became especially prized, cabernet affirmed its credentials.

The result has been the evolution of one region above all as New Zealand’s premier place to grow cabernet sauvignon, merlot et al – Hawke’s Bay. Hawke’s Bay’s primacy has been confirmed time and again in Cuisine wine tastings of the Bordeaux blends, and so it was in this one. Of 32 wines awarded three stars and above, no fewer than 29 hailed from Hawke’s Bay. The other three came from Waiheke Island, credits to this picturesque place on Auckland’s doorstep. And when we see the top-rated wines that were awarded four stars and above, all were from Hawke’s Bay. No region in NewZealand can claim such a monopoly on the quality expression of a single wine style. 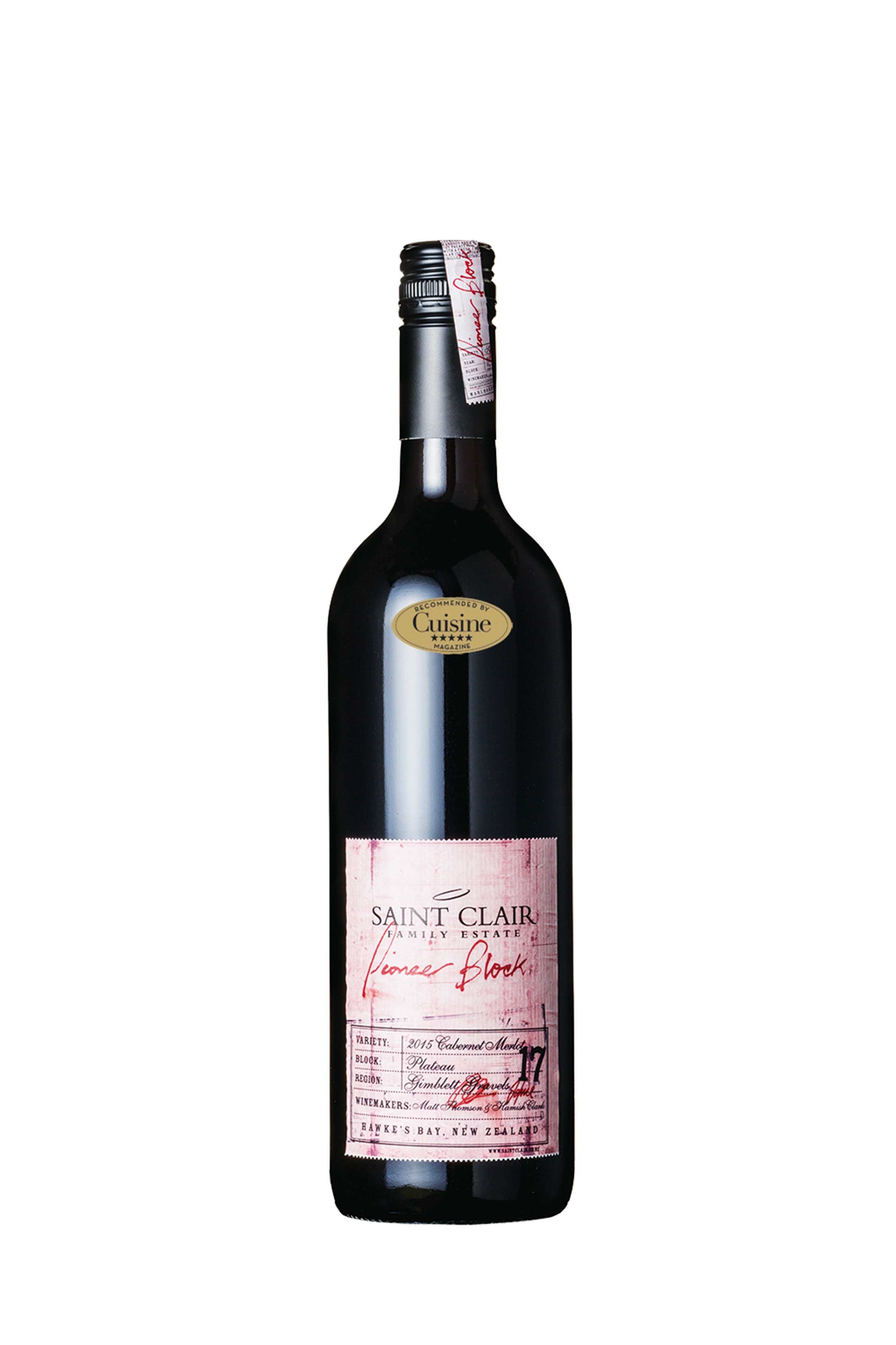 Saint Clair is most often associated with top-notch wines from Marlborough, but this outstanding wine comes from a single vineyard in the prized Gimblett Gravels section of Hawke’s Bay. The nose has intense black fruit, floral and chocolatey notes, with spicy fruitcake richness in the background. Lovely depth, flow and weight characterise the palate, with powerful flavours, positive oak influence and poised ripe tannins. Superb with roast lamb.