“It’s a vintage for the gin and tonic lover,” said Cuisine wine panellist Jack Glover about the 2015 sauvignon blancs. These new release wines certainly share freshness, vigour and flavours with the cocktail on which the sun never sets. No-one on the panel picked up any juniper notes, but coriander, dill, fennel, citrus peel – all botanicals used in gin – were bountiful. The 2015s also had plenty of concentration and energy, with ripe acids driving depth and focus. “It has come at the right time,” noted John Saker. “We needed to step up after 2014.” Panel chair John Belsham was heartened to see wines with more dimension. “Vine age is starting to play a role here. I was impressed to see wines not reliant on a single component (specifically, overt aromatics). For a wine to be excellent it must have completeness. It makes wine more agreeable and food-friendly, and more appealing to more consumers.” From a solid line-up of 177 wines, 11 five star awards emerged, followed by a strong band of 14 four-and-a-half star awards.

The Tasting Panel
For this sauvignon blanc tasting John Belsham, an international wine judge and owner of Foxes Island Wines in Marlborough, was joined by Jack Glover, Sales and Marketing Director at Accolade Wines NZ, and John Saker, author and Cuisine wine writer. 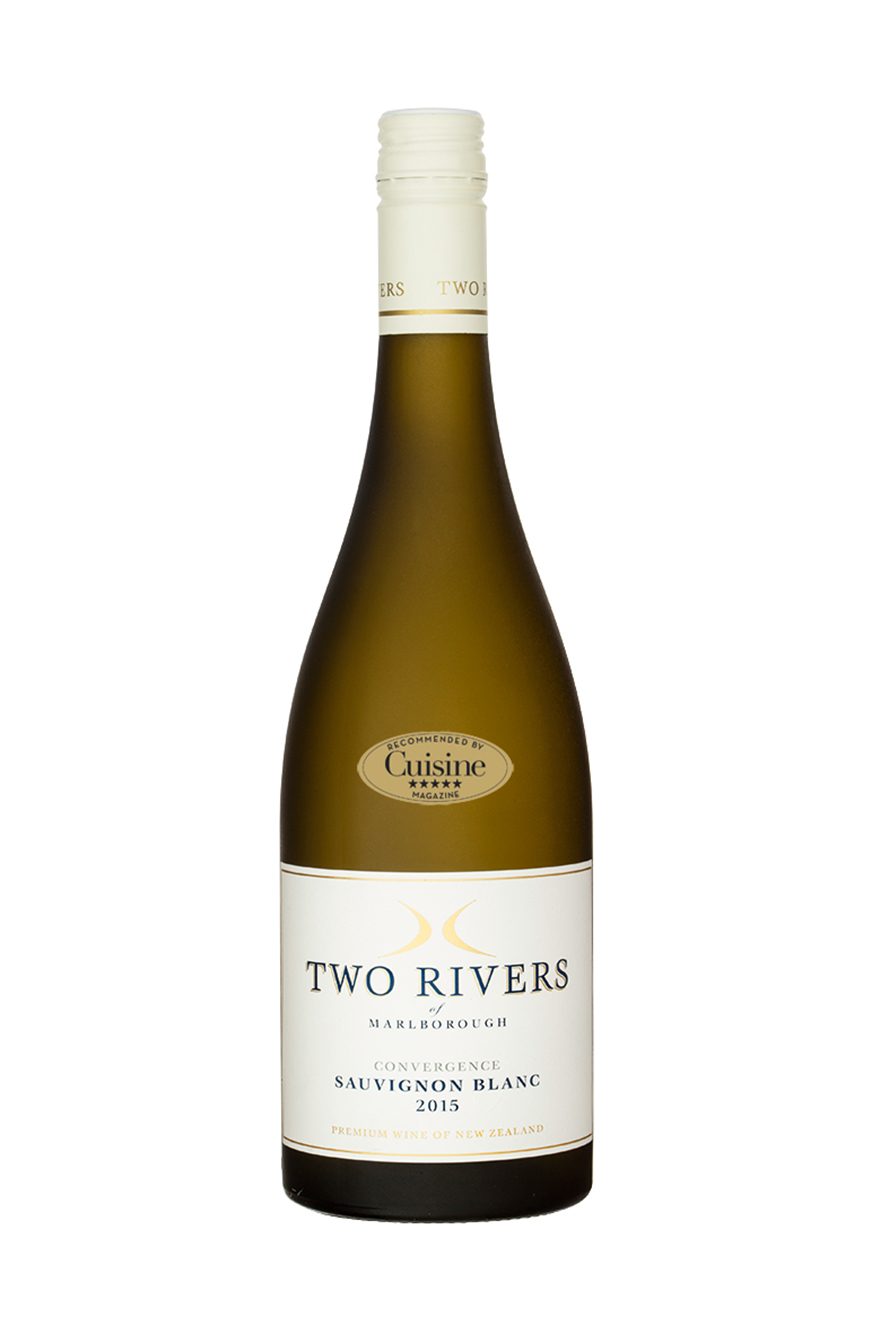 Marlborough, in all its glory, has been deftly captured by Two Rivers proprietor/winemaker David Clouston in this superb wine. Meadow-like fresh herb scents, including coriander and dill, set the tone. In the mouth, purity and focus, together with an ethereal texture, give the wine presence and class. “This is a thoughtful expression,” noted Jack Glover. “And there’s an energy about the fruit profile that I love.” The panel felt a zesty seafood dish such as ceviche would be an excellent food match.

Valley highs
Two rivers, both alike in being pretty much surrounded by vines, each gives its name to the mighty Marlborough valley along which it runs – the Wairau and the Awatere. Dave Clouston established his Two Rivers label 10 years ago, believing that in the fruit from each valley there are different notes that together strike a perfect chord. “They’re so complementary. By blending the fruit from both valleys as I do with Convergence, you get that distinctive voice, a wine that screams ‘Marlborough!’ I’m all for the alternative styles of sauvignon blanc – I do one myself – but for me the focus is still in going for that super varietal expression you achieve through blending.” Convergence is usually a 50/50 blend, but Clouston changed that this year. “2015 was such an easy vintage and a great year for concentration, but it was a particularly good vintage for ripeness in the Awatere. So the 2015 Convergence is 60/40 in favour of Awatere Valley fruit.”