Mary-Therese Blair finds that sherry has rediscovered its mojo.

The judges for this tasting were practically giddy to learn fortified wines were to be included. Most of the winemakers I know are huge fans of both port and sherry and it has to be noted that both have very much returned to vogue. No longer is sherry something forced upon you at your aunty Sheila’s house at Christmas or that random bottle that languishes in the back of the liquor cabinet underneath a thick coating of dust. Sherry has become – dare I say it – cool again.

There was a small but impressive line-up of sherry and a singular muscat which ended up as one of the top wines. The judges commented on what a privilege it was to taste these wines and expressed a a genuine desire to see more submitted in the future. They believe that in doing so, Cuisine will be able to bring these delightful fortifieds into the consciousness of readers and have them top of mind when making decisions around what to serve when looking for something a bit special. 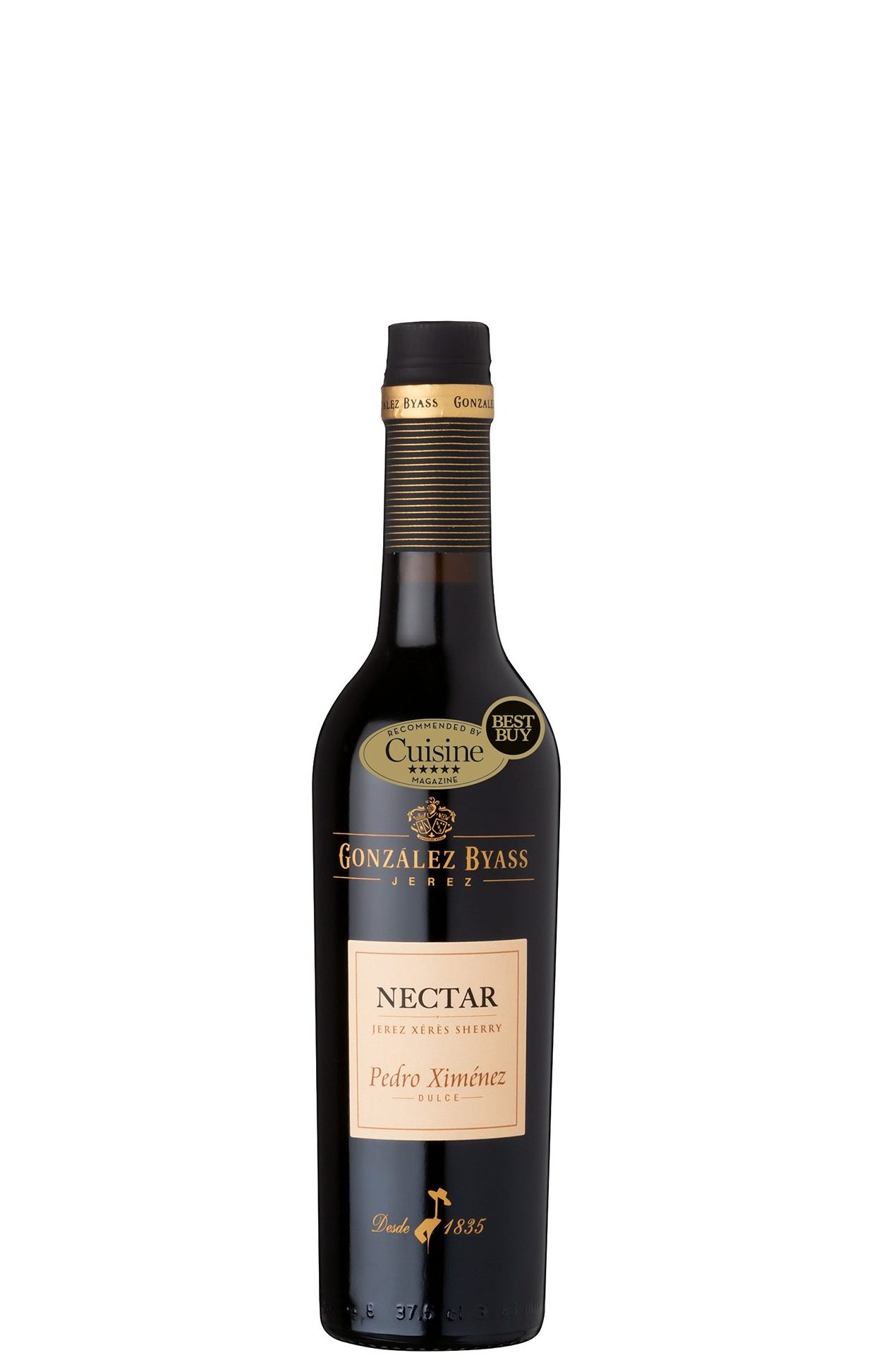 When it comes to sherry you are tasting on a spectrum from light and lithe fino to the rich and luscious PX and everything in between. In this case, indulgence won the day – but when does it not, especially at this time of year? Is there a more ‘treat yourself’ season than Christmas? After yet another year of pandemic mayhem, I think we deserve it. If you’re a sweet tooth looking for something with which to treat yourself, you’re not going to go wrong with a sherry that has both ‘Nectar’ and ‘Dulce’ (the Spanish word for sweet) as part of the title. Sherry – in order to be called sherry – must come from a region in southwest Spain called ‘The Sherry Triangle’. This protected designation of origin ensures that only true sherry comes from this region. Anything else is a sherry-style fortified wine. Rest assured this sherry is the real deal, hailing from Jerez and made with 100% Pedro Ximénez grapes and aged for an average of eight years in American oak barrels in the traditional solera system. Boasting a whopping 370 grams of residual sugar, this luscious delight has an opaque almost black colour which is viscous in the glass and the slightest swirl reveals aromas of green tea, raisins and figs. These aromas flow through to the palate to meet flavours of ripe dates and a fascinating saltiness that provides support with the sweetness through the palate. An incredible sherry with wonderful balance and lip-smacking moreishness. (A)

Best Buys for Sherry and Muscat