New Zealand has a real love affair with syrah, one that belies just how little of it is actually planted. At last count, New Zealand Winegrowers reported 437ha of syrah vineyards nationwide, with the majority (339ha) in Hawke’s Bay. This is less than 1 per cent of the country’s wine production, and even that nearly didn’t happen.

In the early 1980s, Stonecroft founder Alan Limmer was working at Te Kauwhata research station when they earmarked their small collection of virus-free, heat-treated syrah vines for destruction. Luckily, Alan took cuttings to plant in his Mere Road vineyard. Throughout its first 80 years in New Zealand there was very little interest in the variety, unlike the success of shiraz over in Australia. That has all changed, of course, as syrah now makes some of the country’s upper echelon of wines, in both price and quality. That said, it remains largely a local obsession, with few collectors of New Zealand syrah beyond our shores – at least for now.

Our cooler climate (and perhaps also the vine material we have) lends our syrah a lift and elegance, perfume and finesse akin to the wines of northern Rhône. The current buzz around grape-growing circles is that syrah in Hawke’s Bay actually reaches ripeness at around 12.5% potential alcohol and then just stops ripening further. To achieve the richer, riper styles often seen, many wineries choose to wait to pick, leaving it on the vine until it ‘dimples’, which is what happens when it desiccates slightly and loses water (thereby concentrating the flavours and sugars in the grape). There is some research underway into why it behaves this way, but in the meantime, we are treated to some deliciously refreshing wines from the variety. A quick look at winemaking techniques also reveals that many New Zealand winemakers treat syrah like they do pinot noir, unlike the winemaking for shiraz just over the ditch. Perhaps that is why Peter Cowley, when he was technical director at Te Mata Estate, used to call syrah, “the thinking man’s pinot noir” (quote courtesy of Jane Skilton, MW). 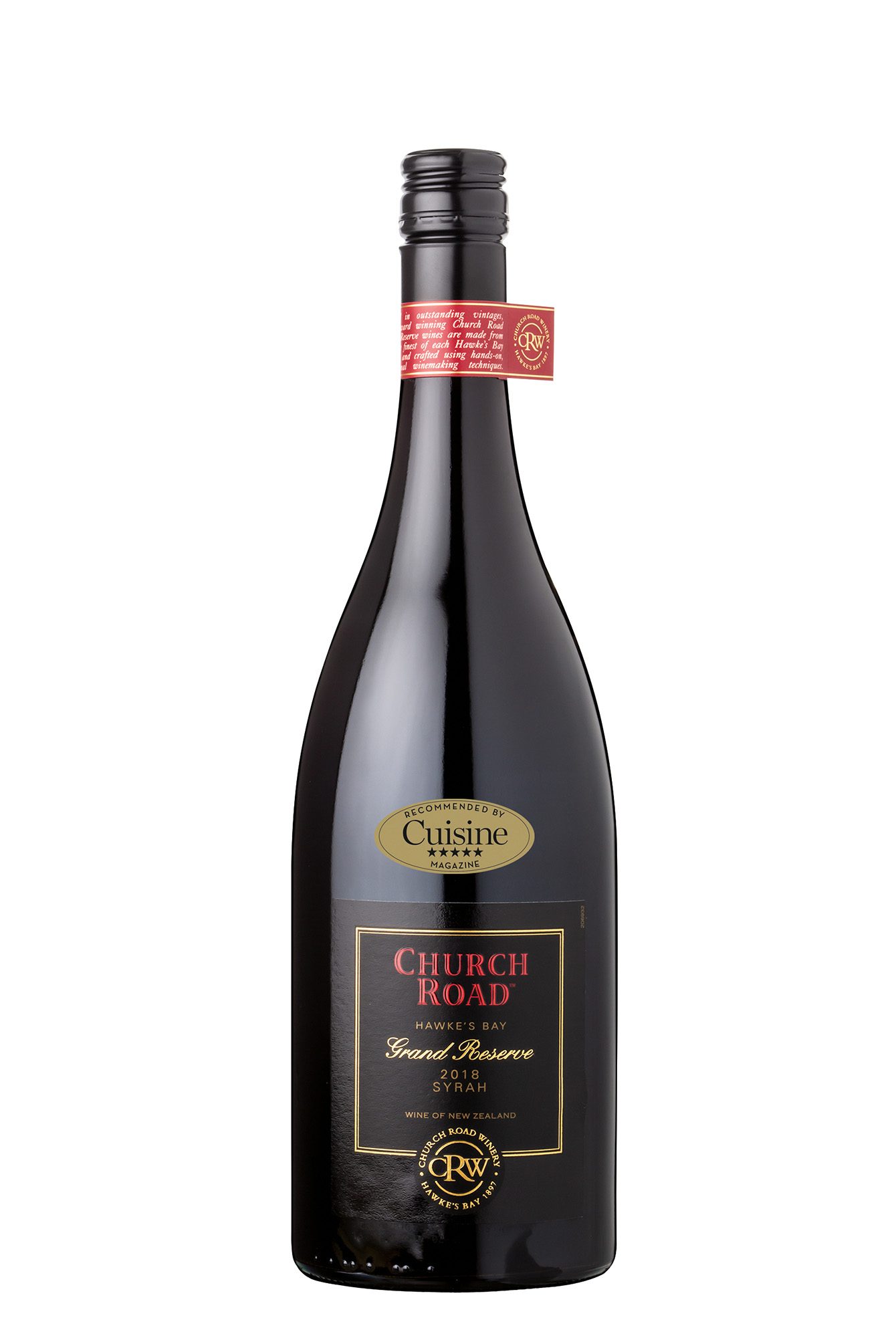 Church road is a winery with a long history in New Zealand, most strongly linked to its second owner and one of the country’s winemaking pioneers, Tom McDonald. Tom’s enduring legacy at Church Road is with cabernet sauvignon, syrah being a much more recent variety here and the passion of current winemaker Chris Scott and viticulturist Graham Bartleet. The judges agreed that the 2018 Grand Reserve Syrah, often considered the best value wine in Church Road’s range, delivered exceptional quality for the price. The fruit sources change from year to year depending on which sites perform well enough to make the cut. The 2018 is principally from the estate’s Bridge Pa Triangle’s Redstone Vineyard, with minor contributions from the Gimblett Gravels. It’s a richly fat, big and brooding syrah with gamey notes, red spice and bramble fruit. Jo Gear loved the oak warmth, approachability and gorgeous fruit weight here. This has the ripeness and balance to age in the short to mid-term but will be difficult to resist opening now as the weather gets colder.